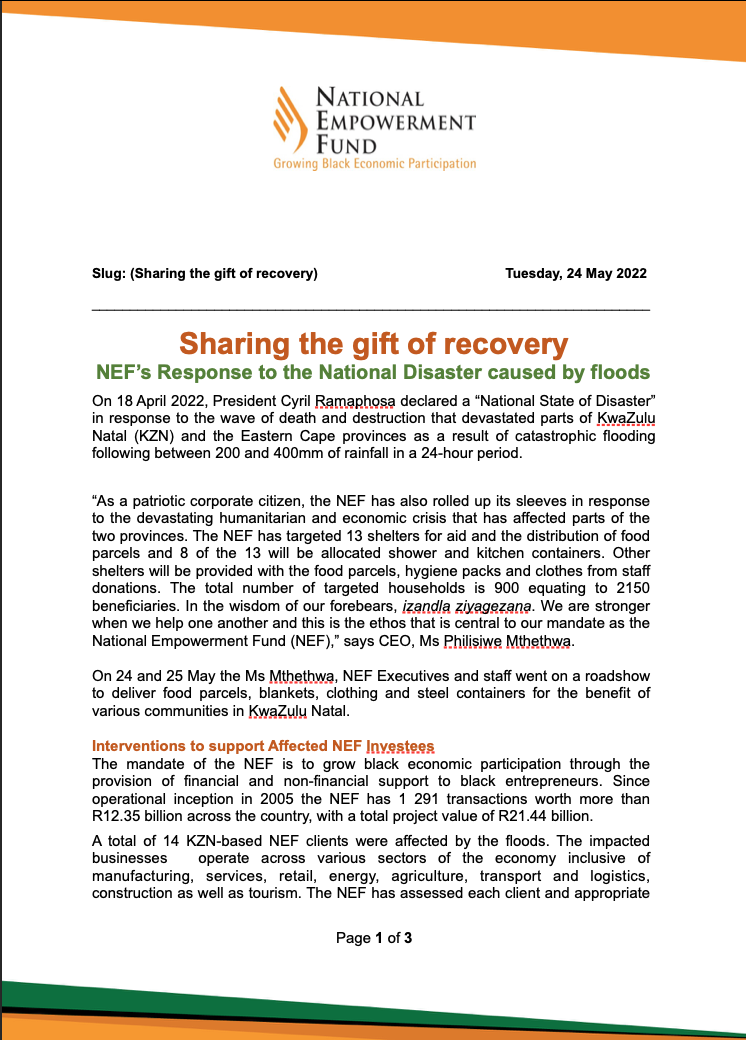 On 18 April 2022, President Cyril Ramaphosa declared a “National State of Disaster” in response to the wave of death and destruction that devastated parts of KwaZulu Natal (KZN) and the Eastern Cape provinces as a result of catastrophic flooding following between 200 and 400mm of rainfall in a 24-hour period.

KZN: Lady Luck has smiled on sidewalk restaurant owner who experienced severe hardship after his…